Steve was definitely worth dating- great sense of humor, and looks that would rival any 90’s sitcom star. Rugged yet preppy, Steve was introduced to me by a friend over drinks at a friendly Hell’s Kitchen bar. We really clicked, exchanging phone numbers on the spot. It hadn’t been 30 minutes after we said our goodbyes that I received the first of many, many text messages from him.

“It was SO great to meet you! Joey said you were amazing and he was right!”
“What are you doing for the rest of the night?”
“I really like your shirt- where did you get it again?”
“Be sure to text me when you get home so I know you got there safely!”

“Good morning, Handsome! Sleep well?”
“What’s in store for the day?”
“I have meetings all day, but maybe we can chat during lunch?”
“Did I tell you today how hot I think you are?”

It was a lot of reading before my first cup of coffee. As I put the pod in the Keurig, I came to a realization. Seems the night before I had a light beer with Mr. TextMan. You know the type… the person who gets your number and uses it. Nonstop. It might be in the morning before Al Roker tells you if you need an umbrella. It might be during a business meeting, or maybe on the street as he’s walking to the gym. Any opportunity Mr. TextMan can take to reach out to you will be taken and typed with gusto.

I responded with the following: “Good morning. Waking up. Coffee needed. Talk later. ;-)”

As the day progressed, the messages flowed faster than the Whitewater Rapids.

“Hope your day is going well.”
“Saw a shirt in the window at Barney’s that you’d look great in… and out of!”
“What’s for lunch, Handsome? Call me if you can.”

And I responded with the following: “Hey Steve! Going into a meeting, then teaching a spin class downtown. Talk tonight?”

My response bought me a few hours, but alas, my well-constructed dam broke and the messages came pouring in later that night. I decided the easiest way to give his fingers a break was to set up a date. I suggested that we meet for a drink the next day after work, which he was more than willing to do.

The next morning began the same as the day before- texts from Steve. This time, Steve decided to text pictures. There was a picture of him on a golf course, and one from a black-tie event. There were pictures from his birthday the month before, and even a picture of him from high school. I thought to myself how does this guy have the time to run a hedge fund when all he does is text me?

As the Keurig cranked out my second cup, the picture of ALL pictures came… a shot of his bare ass. Not just any bare ass, but one that looked like he forgot to apply sunscreen at a clothing optional rooftop pool. I took a big sip of coffee and responded,
“Looks like someone forgot to apply some SPF”. Nothing could have made me ready for his response.

Nice huh? I wanted to share this with you because I want to know how comfortable you are with spanking. It really turns me on, and from the moment I met you I wanted you to spank me. Game?

If you ask any of my close friends, they will tell you that I am very quick at the comeback. This situation, however, was an unexpected hit to left field. I was speechless. All I could think of was how someone went to town with a paddle on Steve’s ass, and he took a moment to take a selfie to capture the moment. Would that be a “Spankelfie”? After I stopped laughing, I realized that I just couldn’t go on a date with this guy. 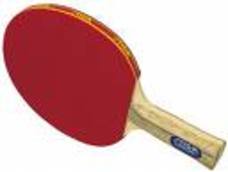 It was time to implement “Operation Ditch Mr. TextMan”…

“That depends, Steve. Have you been a bad boy?’
“Oh Baby, I’ve been SO bad. Will you punish me?”
“This is a problem, Steve. See, I only date good men, not bad boys. I don’t even own a paddle, and I’m not using my new Sur la Table spatula on anything besides omlettes and cookies. Don’t think this is going to work, but I’m sure you can find someone totally into it.”

I never heard from Steve again.

1Gr8Lesson
Receiving an over abundant amount of text messages from a potential date can be a pain in the ass, and Steve was oblivious to that, obviously on a couple levels. There is nothing wrong with a flirty text now and then, but as a sender you need to be aware of the risk of over-saturation. You also need to be aware that you don’t want to reach that over-saturation point before you even have your first official date.

I suggest keeping text messages to a minimum; like a quick check-in to let your date know that you’re thinking of them. Everyone likes knowing that someone they are interested in is thinking of them, and it’s a nice romantic touch. Use texting as a touch, and not a full-out grab.

That leads us to the spanking… everyone has their “thing” that turns them on. Don’t you think it’s best to discuss those things in a nice, romantic setting as opposed to a text message? When you send the message you know your surroundings- you have no idea where the recipient is or what he or she is doing. Would you really want your potential partner to learn about what turns you on while in a meeting with their boss or in the bread aisle at Gristedes? I don’t think so.

When texting your 1FineD8, keep the following model in mind, and you’ll be dandy:

–Topics of important nature are out of bounds- save it for a call or in person dialogue.

–Eliminate the possibility of over-saturation by controlling the amount of messages you send.

-eXpecting an immediate response will just drive you crazy- they’ll respond when they can.

–Talk when you can instead of texting. Let your 1FineD8 hear your voice, your inflections and your laughter. There’s really nothing sexier than that!